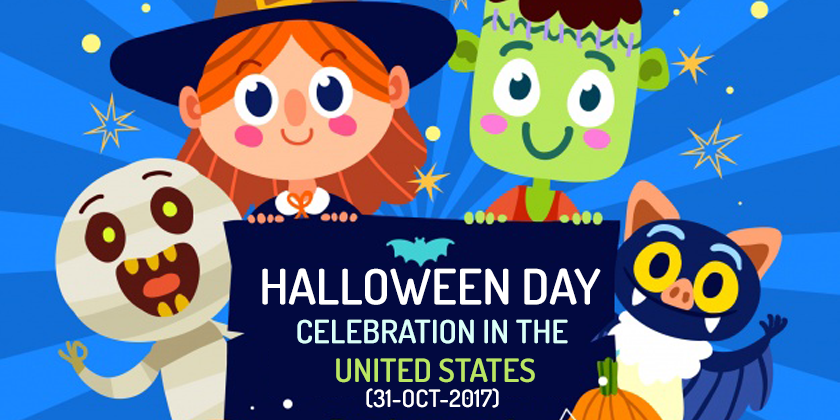 What is Halloween Day?

Halloween or Halloween also known as Allhalloween is a celebration observed in a number of countries at night of 31st October when it was believed in the past that dead people appeared from their graves. And now Halloween day celebration in the United States is very popular, where children who dress as ghost, witches and go door-to-door and collect candy.

In many parts of the world, the Christian religious observances of All Hallows’ Eve, including attending church services and lighting candles on the graves of the dead, remain popular, although elsewhere it is a more commercial and secular celebration. Some Christians historically abstained from meat on All Hallows’ Eve, a tradition reflected in the eating of certain vegetarian foods on this vigil day, including apples, potato pancakes, and soul cakes.

Celts believed that on the night before the new year, the boundary between the worlds of the living and the dead became blurred. On the night of October 31, they celebrated Samhain, when it was believed that the ghosts of the dead returned to earth. In addition to causing trouble and damaging crops, Celts thought that the presence of the otherworldly spirits made it easier for the Druids or Celtic priests, to make predictions about the future.

In addition, during the mid-1800’s, Irish and English immigrants flooded the United States and brought Halloween with them. From these immigrants we received the Halloween traditions we recognize today, however, skewed they are now. For instance, the first trick-or-treaters were far from today’s smiling children with commercialized costumes. They lived in Medieval England and practiced “souling,” in which poor people would beg for sweet bread, in return for praying for the families’ souls. Later, the immigrants who brought Halloween to America would develop their own version of trick-or-treating, but it didn’t become popular here until the 1930s.

Halloween is a time for celebration in the USA.  It’s become the second most popular holiday in the nation over the years and is known for its often times’ scary costume, elaborate parties and events, horror film festivals, and its many Gothic trappings.

This holiday was a latecomer to the US, not really becoming popular until the early twentieth century. Today, it’s one of the most anticipated holidays in the USA!

People in the USA typically carve pumpkins into scary Jack O’ Lanterns decorated their houses to look as creepy as possible and wear elaborate costumes to celebrate this holiday.

This aspect of Halloween, according to some, have their roots in various Celtic and European myths, legends and cultural traditions.

Today popular horror films have also influenced the cultural traditions that surround Halloween. The monster movies of the early twentieth century are a significant contributor to the look and feel of modern Halloween celebrations in the USA.

Trick and treating started at the beginning of the twentieth century to curb the vandalism and destruction that once characterized this holiday in the USA.

Today, Halloween is a night when the streets are full of families getting treats from their neighbors, and vandalism and other problems are rare. Some families and social groups set up elaborate haunted houses and invite people to go through for free or for a donation.

Hayrides and other nighttime events are also very popular in rural areas. Over the years, Halloween costumes in the USA have become more varied.

Some people, particularly younger participants, forego the dark Gothic theme of the holiday and dree up as characters from adventure movies, literary figures, or even historic figures.

Halloween is very much associated with scary costumes and things that are wonderfully creepy. Do you know what holiday dressing up in scary costumes was like borrowed from?

Samhain is considered to be a significant influence on Halloween celebrations, though this is a disputed by some scholars. Samhain was-and still is, to some extent- celebrated in Scotland and Ireland.

It’s associated with the final harvest of the year more than it is with scary ghouls and goblins, though spirits do play a part.

The dressing up was originally done to scare malicious spirits away, or to trick them into thinking that you were one of them to avoid harm.

How was this article, did you learn something interesting and is Halloween celebrated in your country?

Please leave a comment using the form below and ask your questions about Halloween Day celebration in the United States.

How to Celebrate Independence Day in School College or University