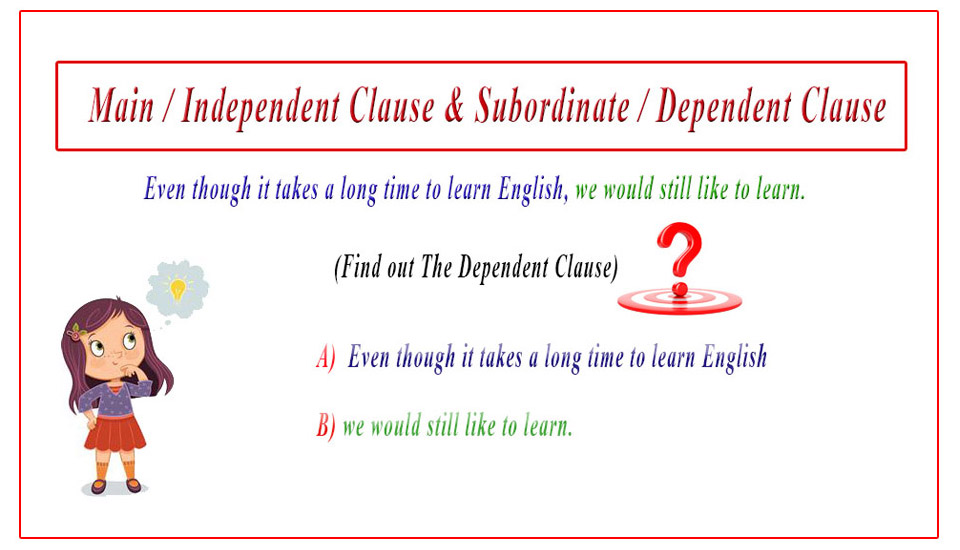 There are two major types of clauses Independent and Dependent Clauses / Main and Subordinate Clauses clause.

Main or Independent Clause
Main (or independent) clause is a group of words that expresses a complete thought and can stand as a sentence. Independent clauses have a subject and an action or predicate that contains all the information necessary to be a complete sentence.

Dependent Marker Word
Dependent clauses can often be identified by words called dependent markers, which are usually subordinating conjunctions. If a clause begins with one of these words, it is dependent and needs to be attached to an independent clause. Some common dependent markers are: after, although, as, as if, because, before, even if, even though, if, in order to, since, thought, unless, until, whatever, when, who, whenever, whether, and while.

Important:
On the basis of their functions in a sentence depend or subordinate clauses are subdivided into three parts: 1.Noun Clause 2. Adjective Clause 3. Adverb Clause. It can function as a noun, an adjective or an adverb in a sentence.

The Use of So, Too, Either, And Neither