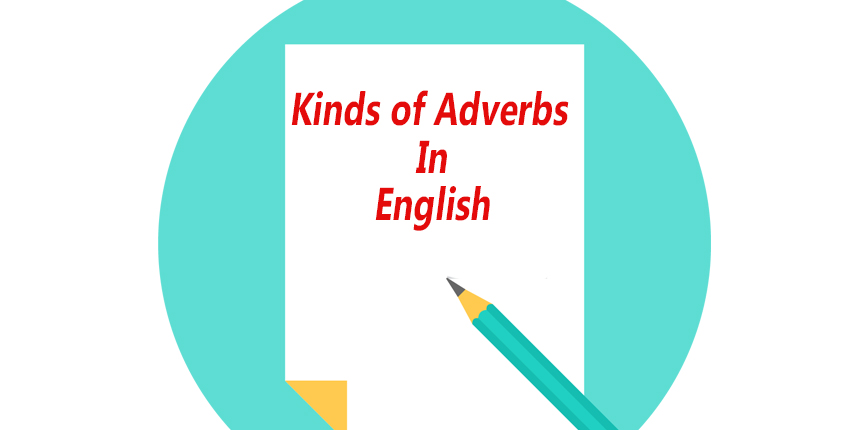 In this lesson we will talk about all kinds of adverbs in English, but initially, you should know what an adverb is. A word which modifies, explains, and clarifies the meaning of a verb, an adjective or another adverb is called adverb.

There are different kinds of adverb expressing different meaning. The following are the most used and common adverbs in English.

An adverbs of manner is used to tell us how something is done or happens. They answer the question “how?” Adverbs of manner mainly modify verbs. Most of these adverbs end in –ly such as: carefully, slowly, badly, and some of them don’t have –ly ending such as: well, hard, fast etc.

An adverb of place is used to tell us the place where something is done or happens. They answer the question “where?”. Adverbs of place mainly modify verbs, and we use these adverbs after the verb or at the end of a sentence.

An adverb of time is used to tell us when something is done or happens. Adverbs of time mainly modify verbs. We use adverb of time in the begging or at the end of a sentence. They can answer the question “when?”

An adverb of frequency is used to tell us how often something is done or happens. Adverbs of frequency mainly modify verbs. Words used as adverbs of frequency include again, almost, always, ever, frequently, generally, hardly ever, nearly, always, never, occasionally, often, rarely, seldom, sometimes, twice, usually, etc.

They can answer the question “how often?”

An adverb of degree is used to tell us the degree or extent to which something is done or happens. They answer the question “how much?” or “to what degree?”. Adverbs of Degree can modify verbs, adjectives and other adverbs. Words of adverb of degree are almost, much, nearly, quite, really, so, too, very, etc.

What is Intonation in English

Direct and Indirect of Simple Past Tense