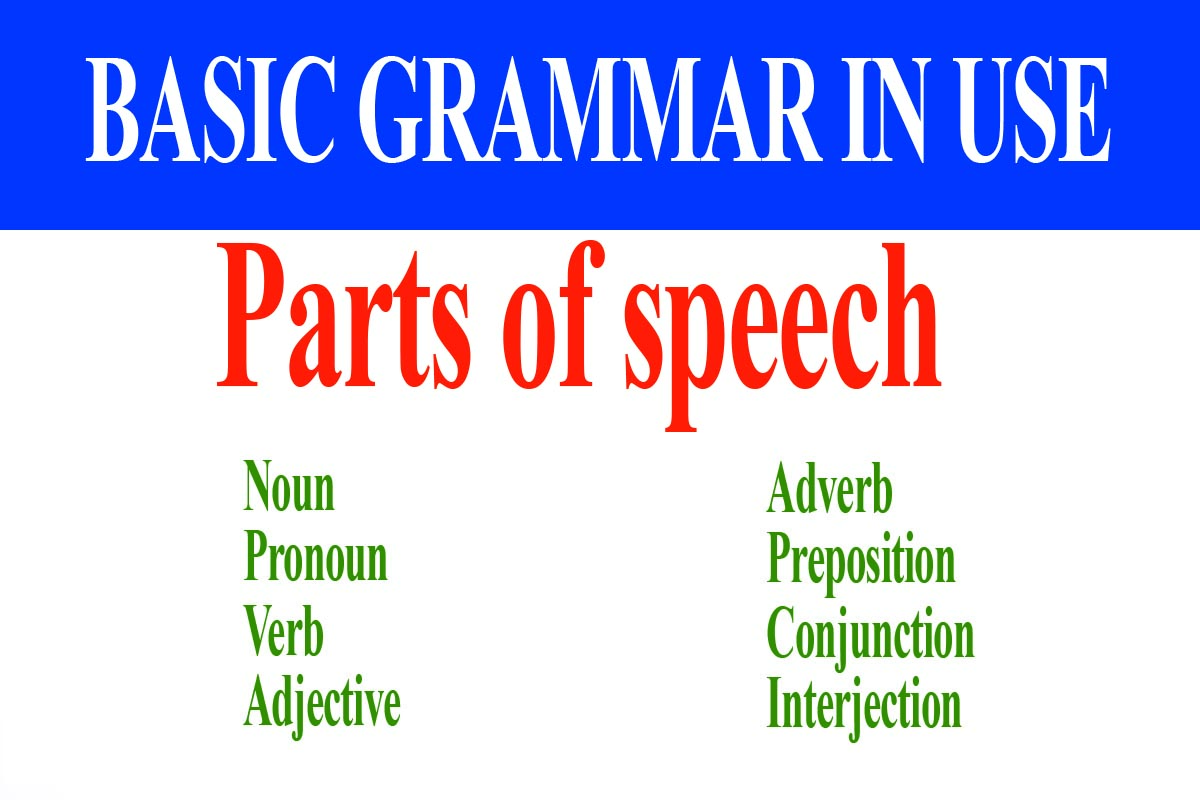 The 8 Parts of Speech in English

Parts of speech focuses on the basics of English grammar you need to speak and write as effectively as possible.Whenever people read, write, speak, or listen, they are using their knowledge of grammar. In the article below I cover the 8 parts of speech in English with definition and examples.

The 8 Parts of Speech in English

What are the parts of speech?

The system of classifying words based on their function is known as the parts of speech.
Although English has hundreds of thousands of words, every one can be placed into at least one of eight groups, or classifications.
The eight parts of speech:

Learning about the eight parts of speech will help you understand the grammar explanations of some of the mistakes you make and figure out how to correct them. Because some words can be used in several different ways, you have to look at what a word is doing in a specific sentence before you can classify it( its parts of speech).
For example: In the sentences below the word “fast” is used in different ways and functioning in different forms.

The basics of parts of speech

2. PRONOUN
Pronouns refer to and replace nouns(the names of people, places, and things) that have already been mentioned.

3. VERBS
Verb is word which shows an action, but it also shows state/ possession, presence or absence of a person or thing.

4. ADJECTIVES
An adjective is a word which describes or modifies a noun or pronoun.
Adjectives are usually placed before the noun.

The words ‘a’ and ‘the’ change the meaning of the word car. Although some grammar books call them indefinite (a, an) and definite articles (the), others called them adjectives. Either is correct.

5. ADVERBS
An adverbs is a word which is used to modify verb, adjective or another adverb.
Verb:

6. PREPOSITIONS
Preposition is a word which is used to show relationship between two nouns, pronouns or a noun and a verb.

7. INTERJECTIONS
An interjection is a word or group of words used to express strong feeling.
It can be an actual word, or merely a sound and is followed by an exclamation mark (!) or a comma.

8. CONJUNCTIONS
Conjunctions are used to join words, phrases, or clauses .
Conjunctions can be found in any position in a sentence except the very end.

The words ‘And’ and ‘But’ are conjunctions, and joins two nouns; but joins two complete ideas.

How to Use Do and Make

Thanks for this. This really help me.

You are welcome dear.