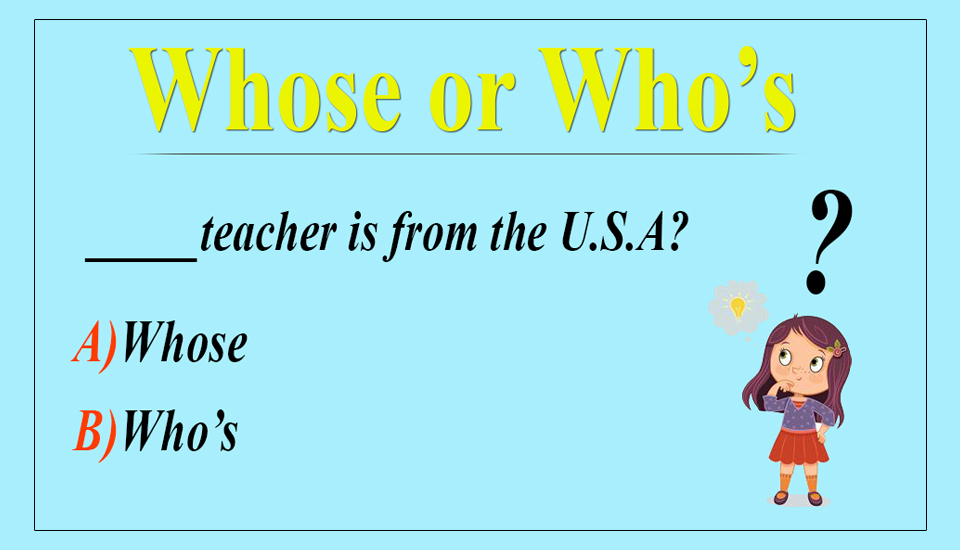 Whose and who’s are another two words that can be bewildering for ESL learners. In speaking they are pronounced the same, but when it comes to writing you might be uncertain about which one to use. You don’t need to worry about, learn in this article whether to use whose or who’s in your writing.

The word “whose” is an interrogative adjective which is always followed by a noun while used in a sentence. It is used to show ownership or relationship.

To ask about ownership:
Examples:

To ask about relationship:
Examples:

The word “Who`s” is the contracted or short form of “Who is” or “Who has”. It is used to ask a question about the subject.
Examples: