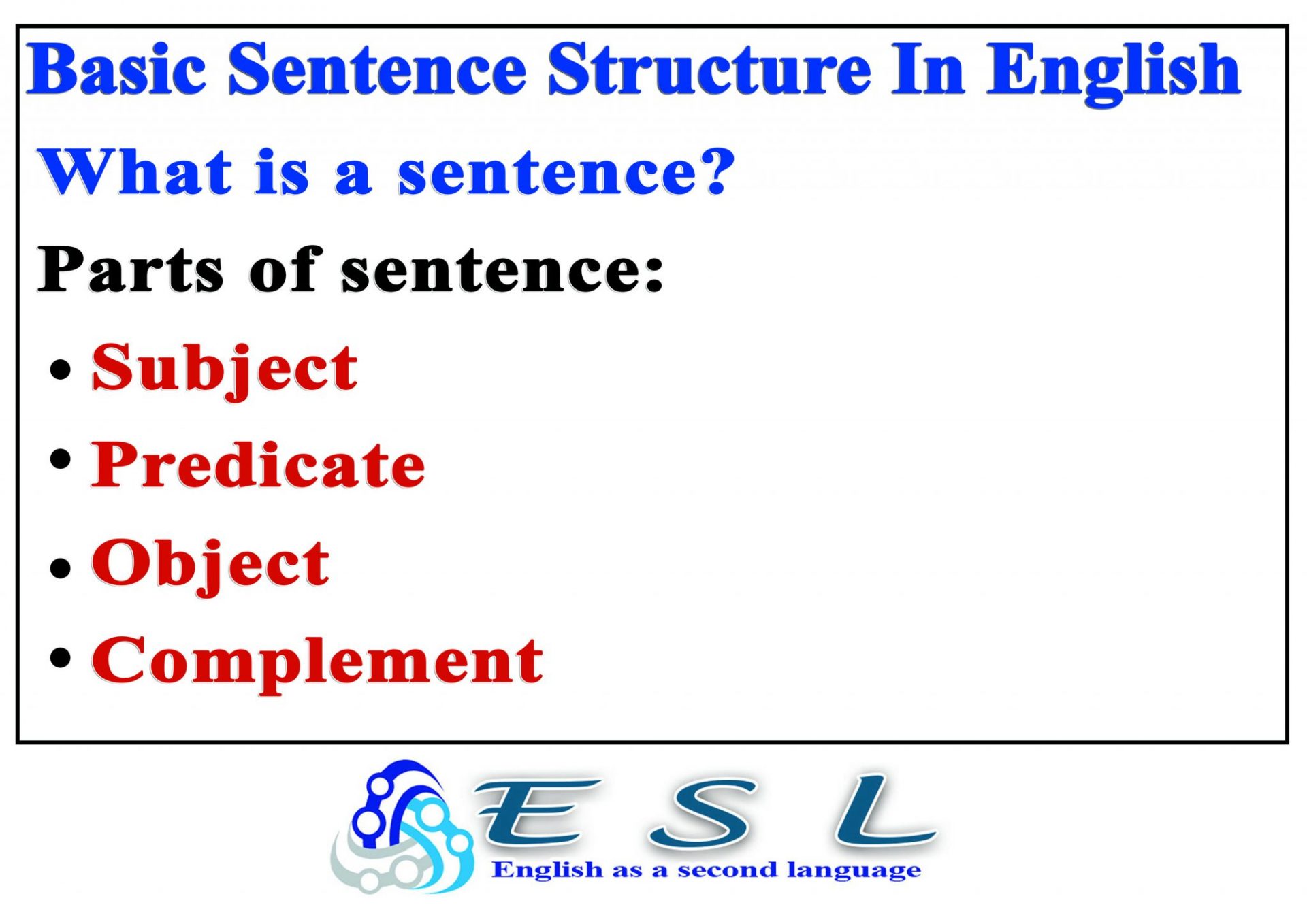 What is a sentence?
In grammar, a sentence is the basic grammatical unit. It contains a group of words and expresses a complete thought.

Every word in a sentence serves a specific purpose within the structure of that particular sentence. According to rules of grammar, sentence structure can sometimes be quite complicated. For the sake of simplicity, however, the basic sentence structure is discussed here.
The two basic parts of a sentence are the subject and predicate.

Subject:
The subject of a sentence is the person, place or thing whom we talk about or is performing the action of the sentence.
The subject represents what or whom the sentence is about. The simple subject usually contains a noun or pronoun and can include modifying words, phrases, or clauses.

Predicate:
The predicate says something about the subject. It consists of the ’verb’ and the ’complement’ which comes after the verb.

The subject and predicate make up the two basic structural parts of any complete sentence. In addition, there are other elements, contained within the subject or predicate, that add meaning or detail. These elements include the direct object, indirect object, and subject complement. All of these elements can be expanded and further combined into simple, compound, complex, or compound/complex sentences.

There are two types of objects: direct and indirect.

You can identify the direct object by using this simple formula:
Subject + verb + who? or what? = DIRECT OBJECT

The subject is “The man ,” and the verb is “builds.” Next ask yourself the question “who or what?” about the verb “builds.” What does the subject, the man, build? He builds a house. Therefore, the direct object is “a house.” Because it receives the action of the sentence.

Subject complement:
A subject complement is a noun, pronoun, adjective, clause or phrase that follows a linking verb, such as is, are or was and complements or completes the subject of a sentence by describing or renaming it and is part of the predicate.

Simple Past Tense Definition and Examples

Using When and Where in Adjective Clause