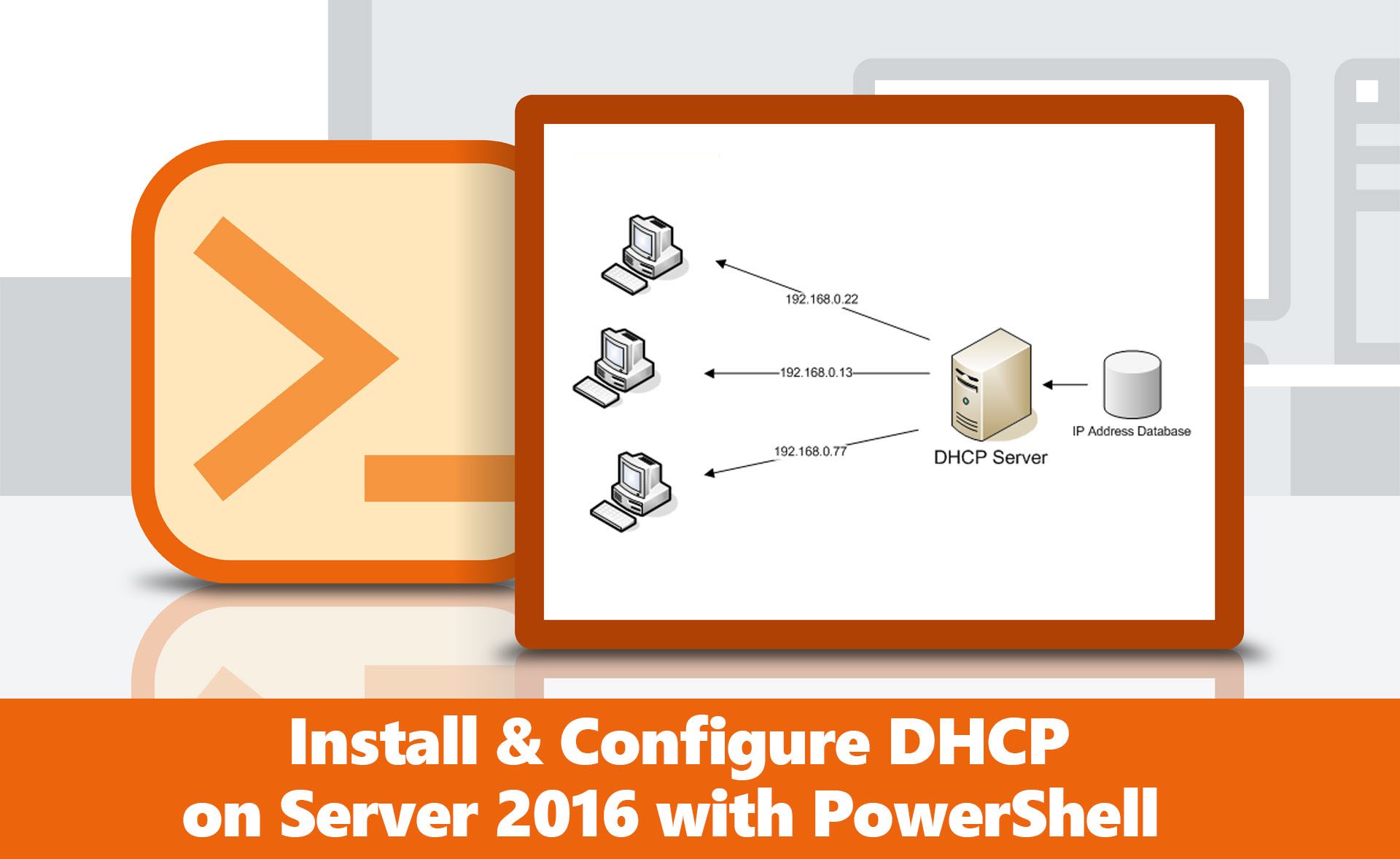 How to Windows Windows Server

How to Install & Configure DHCP on Server 2016 with PowerShell?

Since Dynamic Host Configuration Protocol (DHCP) Plays a key role to give clients IP, we need to configure that as Perfectly as we can but before installing and Configuring DHCP Server Role we have to learn How it Works?

DHCP is a network Protocol which is used in Internet Protocol. The server that supports the protocol is called DHCP server. As its name indicates, DHCP server dynamically distributes IP for network interfaces and devices. When somebody sends a request for IP, DHCP server distributes IP address based on the DHCP server configurations. DHCP is a role in Windows Server 2016. The things which we are going to discuss:

Step 2. Type Get-Windowsfeature Command to show a list of the Features available in the Server.

Step 3. Since we are installing DHCP, we need to find that. When you find that copy its name.

Step 4. To install it type Install-WindowsFeature -Name DHCP -Restart –IncludeManagementTools command. When the installation Completes it will look like this.

Step 2. Now that you have those Information, type New-NetIPAddress -IPAddress <> InterfaceAlias <> cmdlet. This cmdlet creates and configures an IP address.

Now that we have installed and configured the static IP Address let’s get into configuring the DHCP for creating Scopes.

To create a scope, I am using the add-dhcpserverv4scope cmdlet, this cmdlet allows you to Add an IPv4 scope on the Dynamic Host Configuration Protocol (DHCP) server service. Here is the full command to create a new scope.

That’s all, I hope this article helped you Install and Configure DHCP with PowerShell on Server 2016. If you liked this article, then please subscribe to our YouTube Channel for WordPress, Windows Server, the Internet and Business video tutorials. You can also find us on Twitter and Facebook.

Best lines to Start a Presentation or Speech Effectively

How to Prepare a Report for News

How to Make Your Students Understand The Lesson – 10 Helpful Tips

How to Write the Summary of an Article