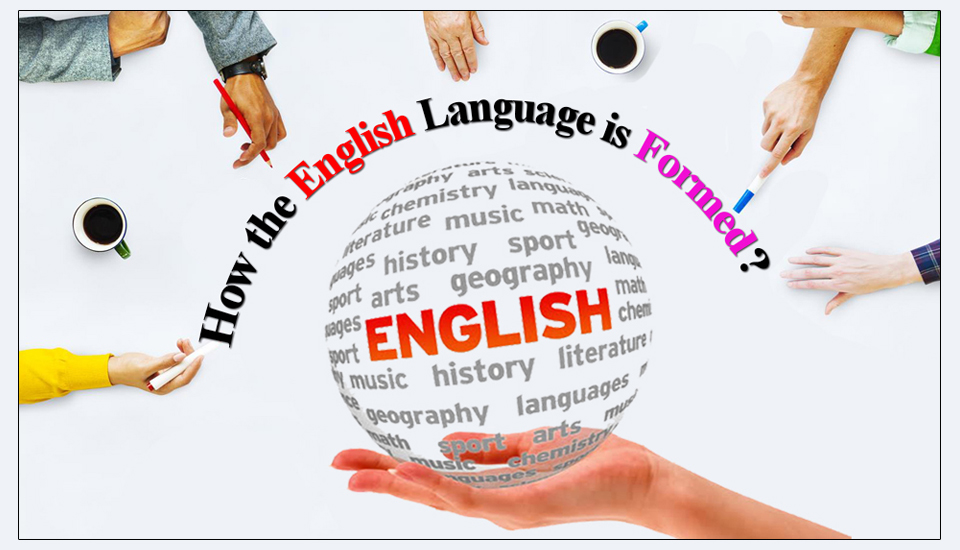 Languages are formed when people living in groups begin to find certain behaviors, bodily movements, or gestures as symbols. People in different groups would use different sounds and body movements which would explain some six thousand languages spoken in our world today. We have never found a group of people that have not had a spoken language. Of all languages English language is called international and worldwide spoken language, therefore we must know how the English language is formed, read in the article below about the formation of the English language.

Linguistics: non-count noun: the scientific study of language, especially its form and structure. “The UN interpreter was a specialist in linguistics.”

Linguistic: adjective: of or relating to language or the field of linguistics “I am interested in the linguistic differences between English and Farsi.”;

“The linguistic study involves all forms of language, including codes and pictorial symbols.”

Morphology: non-count noun: the study and description of how words are formed in language. “I learned morphology in my college grammar class.”

What is a Morpheme?

In so-called isolating languages, like Vietnamese, each word contains a single morpheme; in languages such as English, words often contain multiple morphemes.

Homonyms: morphemes that are spelled the same but have different meanings. Examples: “bear” (an animal) and “bear” (to carry); “plain” (simple) and “plain” ( a level area of land).

Heteronym: one of two or more words (not necessarily single morphemes) that have identical spellings but different meanings and pronunciations, such as “row” (a series of objects arranged in a line), pronounced (rō), and “row” (a fight), pronounced (rou).

Examples of morphemes in Words:

Who is The Best Trainer of Children? Parents or Teacher