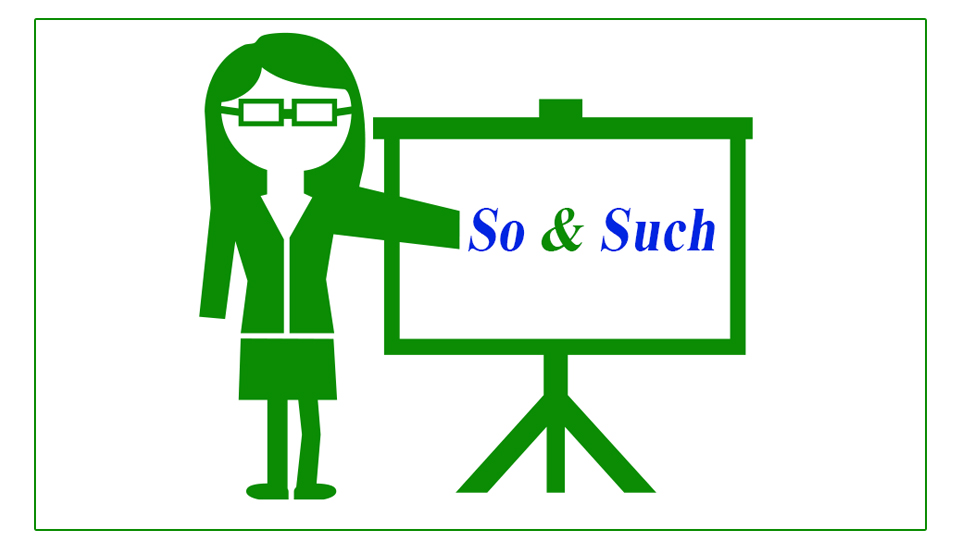 How to Use So and Such

How to Use So and Such

So is an adverb which means very or to this degree. We use so + adjective or adverb phrase to show the effect or result.

The structure (so+adjective/adverb+that…….) is used to show cause and effect or reason and result.

Such is a determiner. We use such + noun phrase to talk about cause and effect or reason and result.

Remember: We use such not so, before noun even if there is an adjective before a noun. (Such + a/an/adjective + noun + that…)

Remember: If the noun which comes after adjective is plural, the indefinite articles (a/an) are not used in the sentence.

Was the lesson helpful? Please feel free to comment your feedback in the comment box below. We do our best to provide the best of articles helping you learn English as a Second Language.

Rules For Using Gerunds and Infinitives