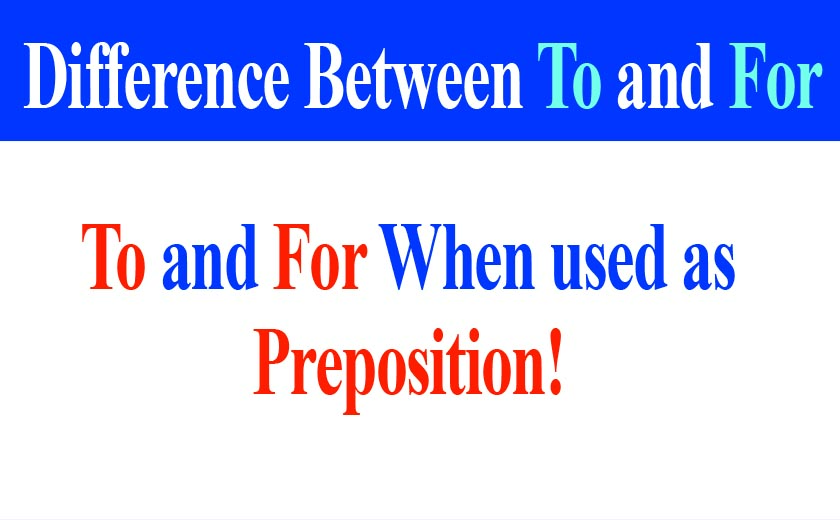 How to Use To and For

How to Use To and For

2. Time (Minutes before the hour)
What time is it?

4. Comparing things
Remember we cannot use the word ‘with’ for comparison instead, we use ‘To’.

5. Giving something to someone

6. When to is preceded by verb, it may indicate ideas such as: purpose, motive or reason.

Use ‘For’ in the following situations

4. Doing something to help someone.

5. When ‘for’ is used to indicate reason or motive it is used with a noun.

Showing Purpose TO and FOR

Both ‘To’ and for can be used for somebody’s purpose of doing something but the structures are different.

For is used to talk about purpose only when it is followed by a noun.

For cannot be used before a noun to express a purpose instead, we use to + followed by a verb.

For can be used before an -ing form to express the purpose of a thing.

The 5 Types of Conditional Sentences

Three Degrees of Adjectives in English