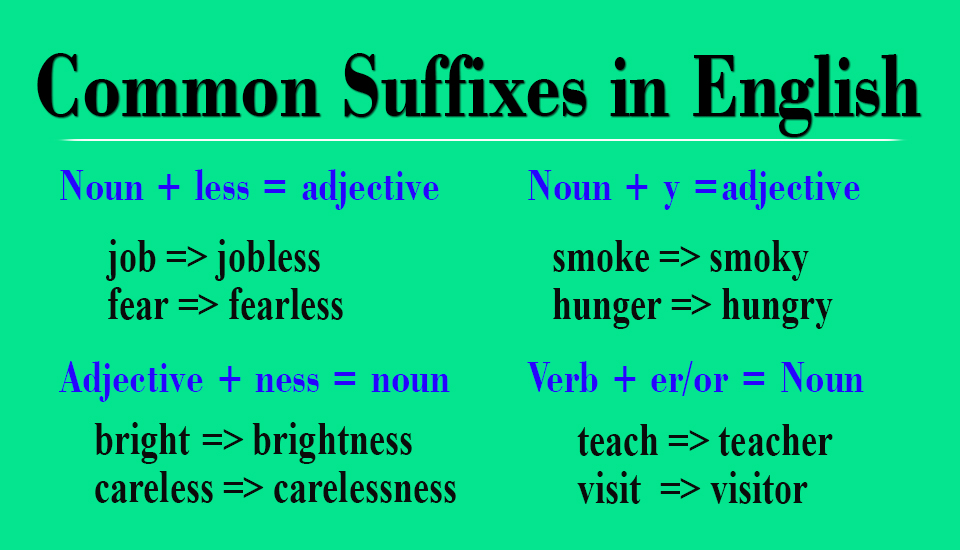 A suffix is a letter (or letters) added at the end of a word and add a certain meaning to the word. Remember adding a suffix to any word changes the grammatical function (or parts of speech) of the original word and form a new word. Moreover, comprehending the meanings of the common suffixes can help you figure out the meanings of new words you encounter. In the article below you will learn about Suffixes Spelling Rules in English  that will help you to build you vocabulary power.

Verb + change y to i + cation=noun