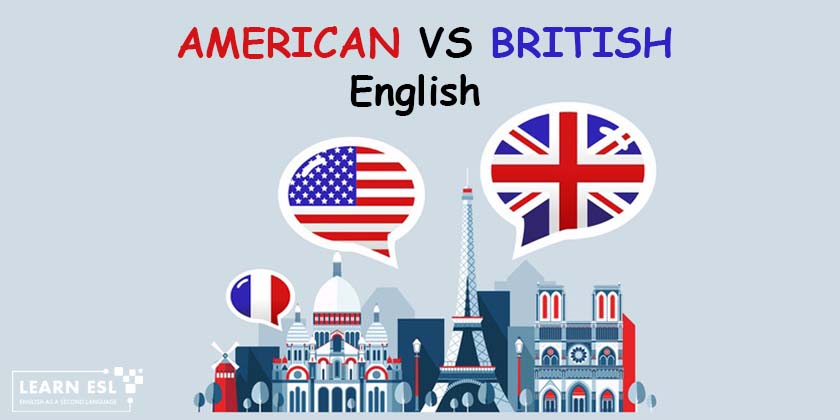 Which English Should You Study American or British

Which English Should You Study American or British

Indeed, the English language was first introduced to the Americas by British colonization, beginning in the late 16th and early 17th centuries. Similarly, the language spread to numerous other parts of the world as a result of British trade and colonisation elsewhere and the spread of the former British Empire, which, by 1921, held sway over a population of 470–570 million people, approximately a quarter of the world’s population at that time.

Difference Between American and British English

Differences Between the two include pronunciation, grammar, vocabulary, spelling, punctuation, idioms and formatting of dates and numbers. Here the major differenc is about the pronunciation, because pronunciation differce from rigion to rigion, but if you are a new learner, try to learn accurate pronunciation either British or American.

Differences in pronunciation between American English and British English can be divided in Accent, Pronunciation of individual words and Superscript.

In the following discussion:

Some of these differences ideas are based on Wikipedia.

One of the other most notable differences between American English and British English is their differences in grammar. These differences are in subject-verb agreement, verbs, use of morphology, use of tenses, verbal auxiliaries, transitivity, complementation, presence or absence of syntactic elements, definite article, phrasal verbs, miscellaneous grammatical differences, and the other structure are mostly the same.

Differences Between American And British Vocabulary and Spelling

There are a few differences between American and British punctuation. When writing you have to focus the audience whether they are American or British. The differences are as follows:

In American English, Mr., Ms., and Mrs. all have periods. In British, however, no periods are used.

When denoting time, the British system uses periods—noon would be 12.00—while the American system uses colons (12:00).

Comparison of American and British English?

American English is spreading faster than British English. Its said that in internet and television broadcasts alone, the United States controlled 75% of the world’s programming. The spread of American English began in the decades after World War II. Now among the roughly 360 million native English speakers, the American version is spoken by about 63%.

According to Wikipedia number of American native speaker is now more than 225 million, in which obviously the USA having the higher percentage than other counties.