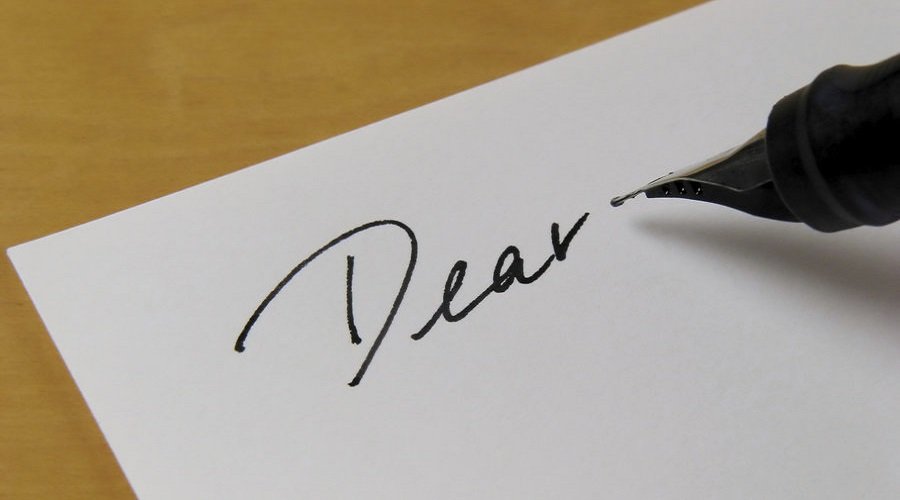 Writing the Best Letter in English from Scratch

Ever since the letter has been an important means of communication between people at a distance. It is, basically, a written or printed message on a paper. And it is sent via mail or post in an envelope. Even though E-mails, text messages, and other digital forms of communication have become the norm for communication, letter writing has still not lost its worth in different sectors of life. For instance, we may still write and/or receive a cover letter for a job or receive a college acceptance letter. Thus, knowing how to write the best letter is of vital importance even today. However, if you do not know, the following guide will teach you everything about Writing the Best Letter in English from Scratch.

What is a letter?

A letter is an exchange of written or printed messages between two parties sent wither through mail or post. The letter is an important part of human civilization. It is not only a means of communication but also it is used to store information. Besides, it has played an important role in the reproduction of writing as art throughout human history. Furthermore, during the seventeenth and eighteenth century, letters were used for self-educational purposes. Because they were one of the best means of practicing critical writing, polemical writing, and self-expressive writing.

Back then, people used to take it way too seriously as writing good letters was an important writing performance.

Initially, it is important to learn that broadly there are only two types of the letter; namely formal letter and informal letter. Letters can be categorized into different types based on the formalities, information, and purpose that they contain. So, let us have a look at different types of letters below.

A formal letter follows a certain type of pattern and formality and is strictly kept professional. Besides, informal letter, we address the concerned issue without beating around the bush. The most common examples of formal letters are a business letter and/or letter to authorities.

The informal letters are usually personal letters sent to family and friends. Unlike a formal letter, they do not have to follow any set formality or pattern. And they commonly contain personal information.

This type of letter is used for business purposes. And it generally contains commercial data such as orders, quotations, complains, claims, etc. Thus, a business letter is very formal and follow the set of rules and patterns.

Employment letters are used to exchange information about any employment process such as application letter, joining letter, promotion letter, etc.

A social letter is such a letter that is written for a special event or occasion such as an invitation letter, condolence letter, congratulatory letter or apology letter.

Official information letters are written to offices, subordinates or branches to inform them about any official announcement or information. Such letter usually relays information such as rules and regulations, events, procedures, etc. Besides, they are formal by nature and follow strict rules and pattern.

A notice letter is such a letter that is used to inform or notify someone about any special notice.

For instance, when a buyer is satisfied with any service of a seller, he usually tends to shop more. Thus, when the buyer wishes to buy something, they write a letter to the seller to order them any prescribed good.

No matter how efficient an organization may be in running their business, not everything goes according to their plans. There will be gapes, mistakes, and accidents. Thus, such letters that are written to pinpoint mistakes to the administration or any authority body is called a complaint letter.

Though there are other types of the letter too, these are some of the most important and common letter types. If you have any other type of letter in my mind right now, let us know down below.

Writing the best letter in English from scratch

If you need to write a professional-looking letter, follow the steps below to learn. Besides, the following rules and examples are for a business letter. So, if you want to learn how to write an informal or personal letter, let us know.

Parts and Rules of a Letter

A letter is normally divided into the following parts, namely:

The heading of a letter contains the address of both the writer and receiver of the letter and the date. First, write your company’s name and address while writing each part of the address on a different line. But if you are self-employed, a freelancer, or a contractor, write your name either above the company’s name or in place of it.

After writing your company’s name and address, write the date of your choice. The letter’s date should be justified at left and a few lines below the date. Moreover, writing out full date is more professional, for instance, “July 19, 2019” or “19 July 2019”.

Then a few lines below the date, add the recipient’s full name, title, company name, and address each on a separate line.

The salutationis an important part of your letter and an indicator part of respect. So, what kind of salutation you use mainly depends upon how well you know or do not know the person. For example, you can use:

Composing Body of the Letter

Once you have written your salutation, it is time for the lengthiest part of your letter aka body of your letter. Before you start writing the body of your letter, you should keep this in mind that “Time is money”, therefore, most of the business people do not like to waste time in reading a letter that beats around the bush without addressing the main topic. Therefore, be to the point and address your problem you mention your intent as soon as possible. Moreover, the following tips can help you write the best letter.

Just like the salutation of the letter, closing is an indicator of respect and cluelessness of your relationship.  For closing your letter, you can use the following ways.

Then, you can use a comma at the end. Then, you should do the following steps to close your letter.

For instance, you can write “cc: James Black, Vice President of Marketing”

Now that you have learned everything about writing the best letter in English from scratch, there are some letter writing tips that might help you in producing the best output possible.

Identifying the type of letter you are going to write is the most crucial steps you should take before you start writing. Because having a clear picture in mind can be extremely helpful in producing the best output. For instance, if you have to write a letter to your professor asking leave for a few days, then you will have to write a formal letter. You have to stick to the rules and try to be to the point about your issue. But if you are writing a letter to a professor catching up after a long time, then this would be a personal letter. Unlike a formal letter, you will not have to follow a lot of rules or pattern.

While opening or closing your letter, you have to make be careful about somethings. For instance, a formal letter is opened in a formal (for example, “Respected Sir”) way while you can open the informal letter by addressing the person directly by name (For example, “Dear James”).

Without beating around the bush, you have to make sure as soon as possible, you should mention the main reason behind writing your letter. Especially while writing formal letters, you should clear your intent soon enough.

Proper usage of language is of utmost importance in any type of letter. The letter you write should considerate and polite. Usage of slang or taboo words can put a wrong impression on the reader. Therefore, even if you are writing a complaint letter, try to be careful and polite.

One of the most important tips for writing the best letter in English from scratch is being very careful about the length of the letter. For example, if you are writing a formal letter, you should keep in mind that formal letter is always precise and to the point. Therefore, adding some unrequired sentences may harm. Besides, the length of an informal letter depends on the message you want to convey.

If there are more than one pages than do not staple them together. You can, instead, use a paperclip to hold them all together. Also, remember that you should use the paper clip at the top left corner.

ParaphrasingTool.ai vs. Spinbot: Which one is Better in Paraphrasing?