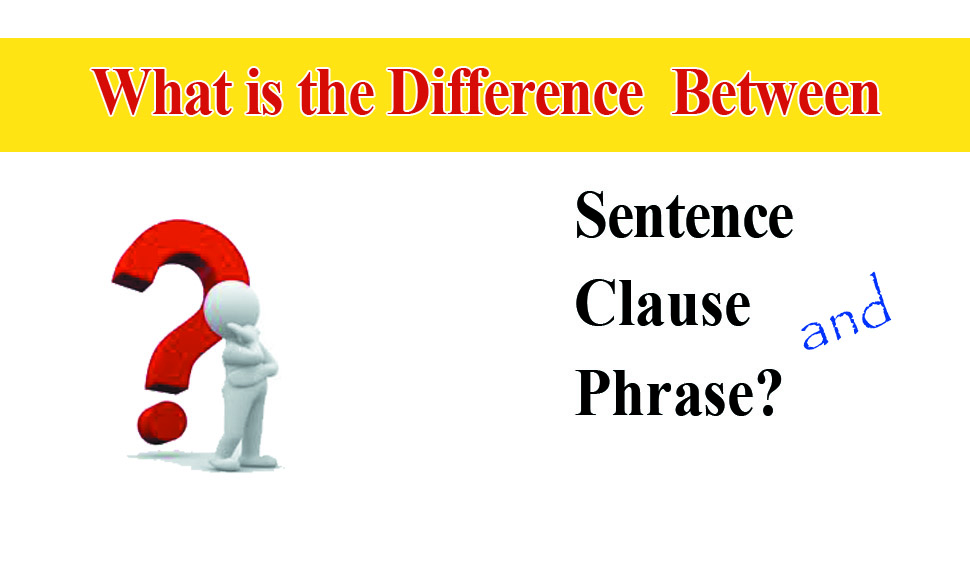 Sentence
A sentence is the basic grammatical unit. It contains a group of words and expresses a complete thought.
The two basic parts of a sentence are the subject and predicate.
Subject: The subject of the sentence is the person, place or thing whom we talk about or is performing the action of the sentence.
Predicate: The predicate says something about the subject. It consist of the ‘verb’ and the complement which comes after the verb and with subject of the sentence unlike the clause always gives complete sense, this is called sentence. Consider the example below:

A clause is a group of related words containing a subject and a predicate.
What is the Difference Between Sentence and Clause?
The clause may stand as a simple sentence or may join another clause to make a sentence. As like sentence a clause also contains subject and predicate, if it gives complete sense we can call it a sentence but if it does not give complete sense on that time that is called clause.
Remember a sentence always can be a clause but a clause always can not be a sentence. Consider the example below:

A phrase is a group of related words (within a sentence) without both subject and verb.

A phrase has neither subject nor verb, and can’t be used alone, it should be used within a sentence. And a phrase functions as a noun, verb, adverb, adjective or preposition in a sentence.

Note the difference between sentence, clause and phrase in the example below:

Most Used Phrasal Verbs In English

How to Use Do and Make

Can you help me with grammar, please? I have difficulties with clauses and phrases I don’t know whether it is a phrase or a clause in the sentence.

Please read the article carefully and concentrate on differences. Again you have any question, we would be happy to help you.