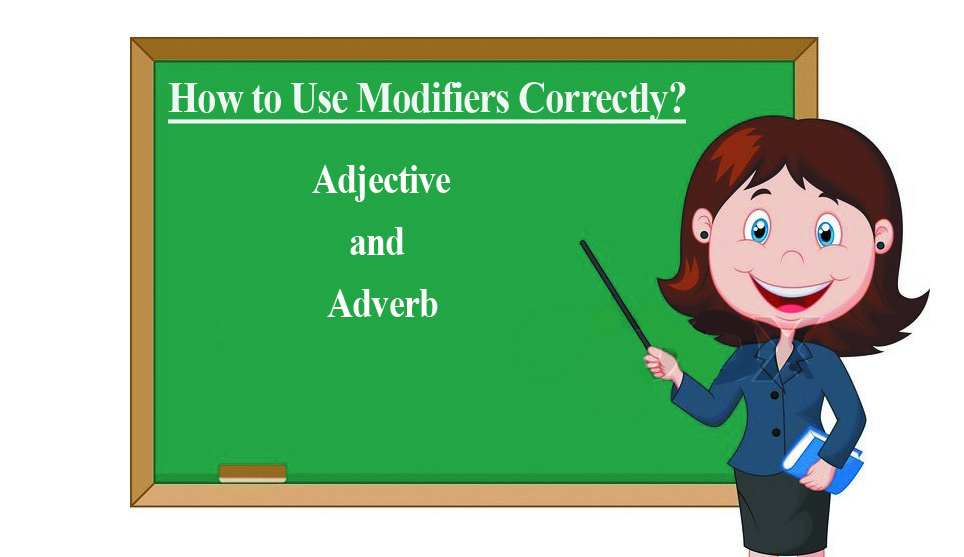 What are Modifiers in English

What are Modifiers in English

Modifiers are words or groups of words that add information about the nouns, pronouns and verbs of the sentence.
Modifiers add especial meaning to the sentence, they add color, vividness and interest.

An adverb modifies a verb, and adjective, or another adverb.

Using Badly as an Adjective or an Adverb…
‘Badly’ is an adverb, meaning “in a bad way.“ Use it only with an action verb.

We see that a group of word can function as a modifier, but it can create a problem if a modifying phrase or clause is not placed in proper relationship to the rest of the sentence. There are two basic problems mentioned below:
1. When a modifiers is separated from the word or words it modifies, causing confusion, it is called a misplaced modifier. A modifying phrase or clause should be close to the word or words it modifies.

2. When a modifier has no word or words to modify, it is called a dangling modifier.

Now you are expert in using adjectives and adverbs as modifiers, so you should be able to go out and sprinkle your writing with all kinds of lively vivid interesting description using these modifiers correctly and you can do it without fear of making grammatical errors. Don’t forget to comment your feedback blow.