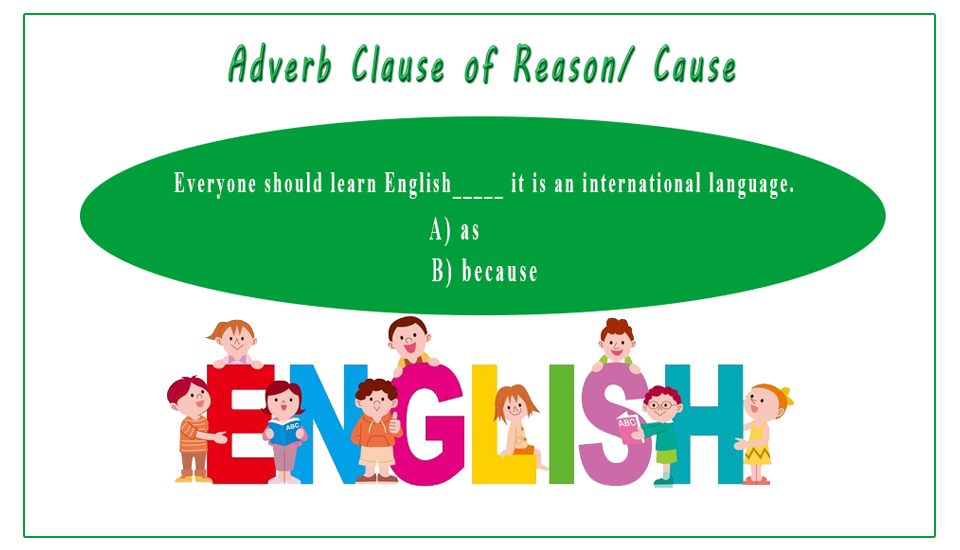 1) The conjunction “that” is often omitted.

2) As and since are used when the reason is not already known to the listener.

3) Because-clauses are used to give information which is already known to the reader or listener.

4) As and since-clauses are relatively formal. In an informal style, the same idea can be expressed with so. And they express less important reason rather than because.

5) Note that a because-clause can stand alone. As and since-clauses cannot be used like this.

Note: You can use the conjunctions: on account of and due to in adverb clauses of reason and they give the same meaning as because of.

Past Perfect Tense Exercises With Answers