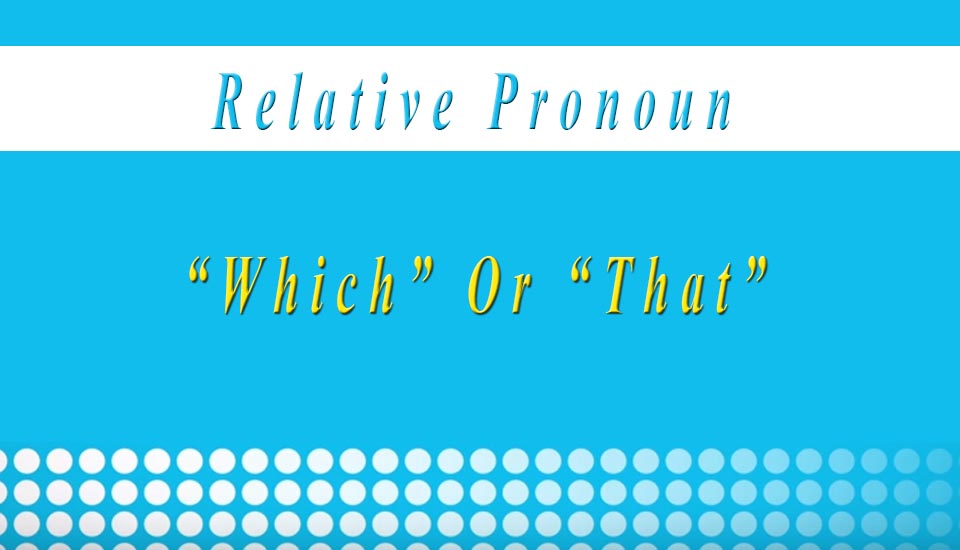 How to Use Which and That Correctly?

How to Use “Which” and “That” Correctly?

This is trickier rule involving the difference between relative pronouns “which and “that”. The proper use of “which” and “that is disregarded by people whose English is very good, but it is rule that make sense and that that’s observed by most careful speakers and writers. You are not likely to get into much trouble by neglecting this rule. To simplify  how to use which and that correctly consider the examples below:
• The car, which is parked outside, is my brother’s.
• The car that was parked outside is more expansive than this one.

Now, in the first sentence, the clause ”which is parked outside” gives us some information about the car, but it isn’t essential to the meaning of the sentence, we know the significant fact, that “the car is my brother’s” whether or not we have the additional information contained in the clause “which is parked outside.” This clause is, we can say, nonessential, or, as the grammarians put it, a nonrestrictive clause, because it gives extra information about the principal clause. We indicate its “expendable” nature by using the pronoun “which” and, in writing, by setting off the clause with commas.

With a restrictive clause referring to a person, you can use “that,” or, as many people prefer, “who” or “whom.” Consider the example below:

I hope the rules mentioned above about: “How to Use “Which” and “That” Correctly?” prove beneficial for your speaking and writing accuracy. You need to do is use it correctly so no.