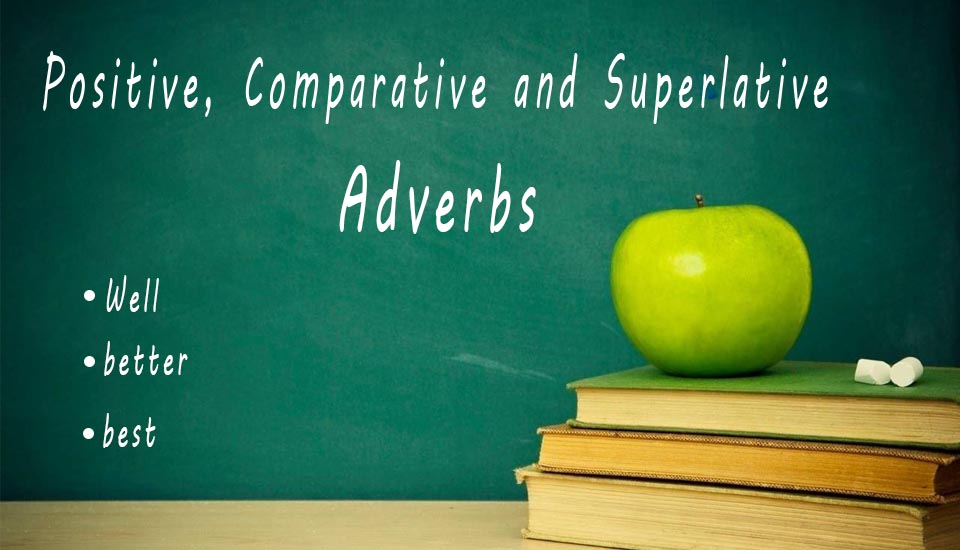 Adverb: An adverb describes (modifies) a verb, an adjective and adverb in a sentence except noun and pronoun. And adverbs often tell when, where, why, or under what conditions something happens or happened. Adverbs frequently end in -ly; however, many words and phrases not ending in -ly serve an adverbial function and -ly ending is not a guarantee that a word is an adverb. The words lovely, lonely, motherly, friendly, neighborly, for instance, are adjectives. Adverbs as like adjectives have three degrees of comparison – the positive, the comparative and the superlative. The different degrees of comparison are formed in different ways; concentrate on the rules below to know about positive, comparative and superlative adverbs in English

COMPARISON OF ADVERBS
Rule 1: Short adverbs having just one syllable form the comparative and the superlative by the adding –er and –est to the positive.

Note that almost all adverbs which are also used as adjectives belong to this class.

Rule 2: Adverbs ending in –ly
Adverbs which end in –ly take more for the comparative and most for the superlative.

EXCEPTION: The adverb early is an exception to this rule.

Rule 3: Irregular Adverbs
Some adverbs form their comparative and superlative degrees in an irregular manner:

Now and then And now and again

Simple Past Tense Exercises With Answers For ESL Students

As if & As Though Grammar Rules

Thanks, for the info.