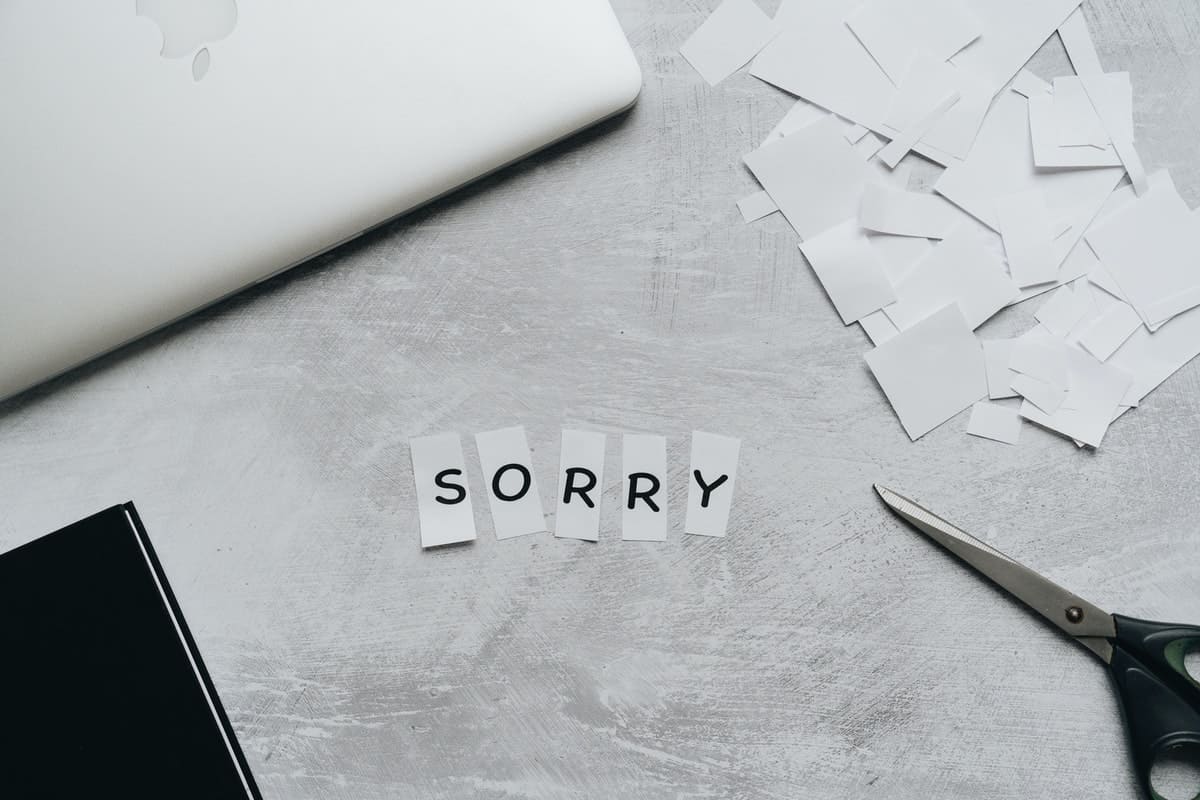 How to Write an Apology Letter in English

At some point, we all make mistakes and we must seek an apology. There may be instances where a simple “I am sorry” can be enough. However, other times it may not be sufficient to make up for your mistakes. Then, knowing how to properly apologize is an important skill. The best thing you can do is write an apology letter. If you do not know where to start, you do not need to worry. In the article below, you will learn how to write an apology letter in English.

What is an Apology Letter?

An apology letter is an email or a physical document in which you can acknowledge your mistake, express your regret, and ask for forgiveness. Like in everyday life, asking for an apology is very important in workplaces too. However, simply saying that you are sorry for your mistake is not enough in a workplace.

So, writing a formal letter would be the best choice to rectify your mistake. As an employee, you can write an apology letter to let others know that you recognize your mistake which is a valuable trait for a professional. In addition, it is also an opportunity to validate the recipient’s feelings, restore trust and communication, and repair the damage.

You should also keep in mind that an apology letter is not to help you justify your actions.

When to Write an Apology Letter?

An apology letter is required when you have made a mistake or contributed to making one that has effective someone. For instance, you can write an apology letter if you have taken your task for granted which has caused the whole team to overwork.

How to Write an Apology Letter in English

Then, you can add the following elements to your apology letter.

The first thing that you should add in your apology letter is “I apologize for…” or “I am sorry for…” followed by the mistake you have made. Expressing your apology shows that you are aware of the damage you have done to the other person and you regret it.

However, if you are not truly sorry for the mistake you have made, everything is in vain. Therefore, we suggest you take some time before you start writing your letter to accept how you have affected the recipient. Then, the first thing you should add to your letter is your apology.

Then, let them know that you recognize that your mistake or actions have affected them. Accept being responsible for making them feel low, hurt, disrespected, or upset. This way you can make them feel seen and heard. It may seem a small gesture but it has a great impact.

Besides, you can also explain to them what caused you to offend them. However, this does not mean that you can make excuses for your behavior. Because the recipient is more interested in knowing that you regret your behavior or what you did than what led you to do what you did.

In this part of your letter, you can express your wish to make some amends to help improve the situation. Let them know how you want to change your behavior or a certain thing to settle things down. And avoid making statements such as “Tell me what I can do for you” or “I want to know what I can do to make things right”.

Because this way you are putting the burden on the recipient to find a way to calm the situation. Instead, take your time and genuinely figure out what you can do to calm everything down.

The last thing that you should add to your apology is a letter that is a reassurance that you have learned your lesson and assure them that you will not repeat the same mistake.

Because whenever we make a mistake, we exploit someone’s feelings and create a crack in their trust. To restore that trust, you need to make them believe that you genuinely regret your mistake and that you will not repeat the same mistake.

I apologize for excluding you from the holiday party I hosted last weekend. I accidentally forgot to update my directory. So, I missed inviting you and several other people to the party. I am extremely sorry for that. But I assure you that it was not intentional at all.

Indeed it is a terrible mistake. And I know how crucial it is to be a team player in a workplace. I, personally, feel that reaching out to the new employee and making them feel at home around is our responsibility. And I know I have disappointed you and regret causing you to feel unwanted.

I have already updated my directory and added your contact and everyone else’s to my list. Besides, I assure you that the same mistake or anything else will never happen again.

I hope my blunder has not damaged our relationship and I hope to seek forgiveness from you. Lastly, I am looking forward to getting to know more about you at the next gathering.

You can read more about:

How to Write a Literature Review in 5 Easy Steps